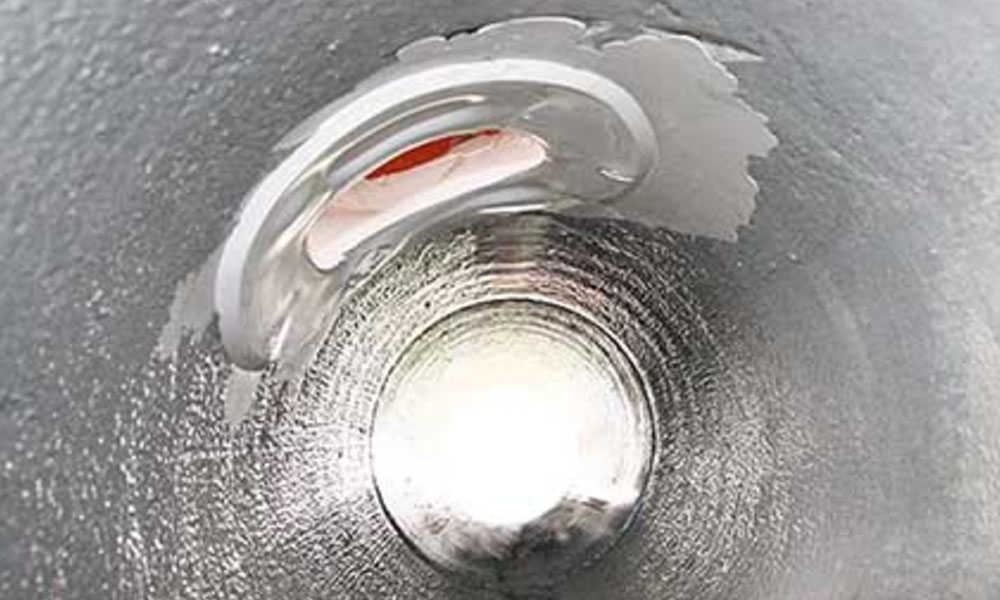 Harz14 is the rising star of resinnovation GmbH. The resin system approved by DIBt (Z-42.3-541) takes its place by the side of the proven Harz4 system and extends the existing filling and grouting resin portfolio and application options. Harz14 may be installed by proven robotic system of ProKASRO Mechatronic GmbH and also with the systems of Hächler AG Umwelttechnik, KATE/PMO AG and IBAK Robotics GmbH.
The white Epoxy resin had to pass elaborated tests including an in-situ test, which took place at the beginning of 2016 in the premises of the resin manufacturer in Rülzheim, under the participation of all well known manufacturers of grouting and filling robots.
The scenario: Trucks and transporters with various filling robot systems on board reach the resiDency of resinnovation GmbH: The team of Rossaro-Kanaltechnik GmbH & Co. KG has robots of ProKASRO and KATE/PMO on board, the Rothdach Umwelt GmbH truck is equipped with a Hächler robot; Harz14 is also tested with the IBAK robot.
The task: a number of concrete pipes prepared with “defective” lateral connections, leaking joints, cracks and holes shall be sealed/grouted with Harz14 using the different filling robots. After grouting and filling leakage tests to be made.
The Jury: Material testers an auditors Dr. Jörg Sebastian and Bernd König of SBKS GmbH & Co. KG, St. Wendel, the independent test institute for mechanical-technological and physical-chemical testing.
Test Procedure: The parallel test setting for the in-situ test in resinnovation’s yard initiates a friendly competition between the robot operators: one robot is already grinding the first lateral, while another one is still being assembled, a third one just enters the pipe. Soon all robots are in action. After a while the grinding noise is replaced by the gentle hum of the grinding and filling robots. The operators sit at their screens and carefully position their devices. The resin and hardener are fed with mix ratio 3 : 1 via the compulsory mixers of the paste mixing units into the material cartridges of the robot systems and shortly thereafter thee materials is via the nozzles of the robots into the grinded and cleaned lateral connections. Thereafter the operator of the Rossaro team repairs with the KATE/PMO filling robot a leaking joint, cracks and holes in the test pipe. After curing of the resin, the leakage tests can be performed.
The Result: The Harz14RP50 method has perfectly performed its task and passed the test. The in-situ test was successfully completed with all robot systems and has shown a uniform rehabilitation result: Harz14 resin and hardener at processing temperature of 20°C can be easily mixed by pressurized air-driven paste mixing unit with static mixer, and to be filled into the cartridge systems; grouting and filling operation runs smoothly. The bond is excellent – and last not least – the lateral connections, joints, cracks and voids repaired with Harz 14 pass the leakage test.
The efforts paid off, when resinnovation was granted the DIBt Approval No. Z-42.3-541. This approval titled “Filling and grouting method Harz14RP50 for the repair of defective sewer pipes in diameters from 150 to 800 mm” enables the new star of resinnovation to capture the market.
https://www.resinnovation.com/wp-content/uploads/2016/11/news-5.jpg 600 1000 adminresinno /wp-content/uploads/2016/11/logo.png adminresinno2016-03-11 10:12:132020-04-21 10:28:12A star is born [Sólo disponible en inglés]
PARTLINER – the convincing solution for the repair of CIP liners [Sólo... 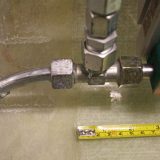 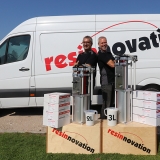